Life with coeliac disease first started after the birth of my second child in 2008, I began to feel unwell. I lost weight and become quite gaunt, I had stomach pains and felt exhausted. I put down the tiredness to having a two year old and a new born baby to look after, but I felt so unwell generally that I went to my GP. I was extremely fortunate that the GP ran blood tests that included checking for coeliac disease. At this time it took, on average, 13 years for people to be diagnosed as coeliac, as the range of symptoms patients would present to doctors was so wide and therefore more difficult to pin down. As I understand it, you can be born with coeliac disease or develop it later in life following a virus or as in my case, after pregnancy.

Initially, I was relieved by the diagnosis as I had started to worry I was seriously ill. There is no cure for coeliac disease, which is an auto immune disease, you just need to stick to a strict gluten free diet. But then it began to sink in just what this meant. I have always loved food, cooking and eating out and it dawned on me how many things I would have to cut out. There are the obvious things like pasta, bread, pastries, cakes, beer but there are the less obvious ones like soy sauce (which pretty much rules out Chinese food), hidden starches in sausages, grated cheese used by caterers which is rolled in flour to stop it sticking together. Gluten free products in 2008 were pretty dire too; gluten free bread was some strange thing concocted in a lab rather than a bakery. I tried to make some myself in a bread maker once, and it looked like a monster!

I remember going on a day out to a safari park shortly after I was diagnosed with the family, and not taking any food with me. In the cafe I was recommended the pasta, which of course was a “no-no”, even the brand of crisps they had contained gluten, in the end all I could eat was a banana. I wanted to cry…

Few restaurants at this point in time were aware of those who go through the life with coeliac disease, and it was very difficult to eat out. I was called a ‘celeriac’ in one gastro pub and the Maitre D’ of a five star hotel in Suffolk shouted out ‘who’s the coeliac?’ across the restaurant floor. Not long after this, my son was diagnosed with an egg allergy, so now there were two of us with dietary requirements to cater for! I used to feel like we were such a nuisance trying to order safely in a restaurant. A little patience and understanding went a long way to make us feel welcome. Going to celebrations, children’s parties or family gatherings was really difficult, as we were presented with a buffet my son and I had no idea what we could eat. We tried to eat breakfast at Heathrow a few years ago. Firstly, I was asked to sign a disclaimer on an iPad before they would serve me, then I discovered all I could eat was jam but nothing to put it on – I was tempted to spread it on my fingers and lick it off just to prove a point!

But gradually things have started to improve, perhaps because people who weren’t actually coeliac discovered the benefits of a gluten free diet and started wanting gluten free foods so it was more profitable for food producers, restaurants and supermarkets. There is now a wide range of bread and pasta available, it’s a matter of finding one you like. There is so much choice generally. Most supermarkets now have substantial ‘free from’ areas, although ‘free from’ foods can be very expensive. Awareness has improved and eating out is so much easier, especially as some of the larger chains have gained Coeliac UK accreditation. Knowing that we could eat safely in a Pizza Express, Carluccio’s or Cote meant that we could find somewhere to go when we were farther away from home. I have eaten at Carluccio’s twice recently, they have a separate gluten free menu, which makes life easier for the customer and the kitchen. The staff are very allergy aware and make you feel welcome.

But there are many independent restaurants too who are great at catering for people with dietary requirements. Socius in Burnham Market in North Norfolk is a fantastic example. On our most recent visit in the Summer, they had printed off a gluten free menu for me and an egg free menu for my son. Also on the Norfolk coast, Eric’s Fish & Chips cater for coeliacs and are very allergy aware. It is worth the two and a half hour journey from home to eat their delicious gluten free fish and chips! Closer to home, The Art Kitchen in Warwick, serves delicious Thai food. They cater for my son and I, and are very happy to discuss the menu options with us. I went recently to The Bower House in Shipston on Stour for breakfast and indulged in the most heavenly gluten free American Pancakes, such a treat and a rare find.

It is still a changing picture and there is still some way to go in raising awareness and understanding for those who go through life with coeliac disease. Only recently in London a waiter asked if we were the ‘allergy table’ and said he would fetch the manager so he didn’t kill us! There is still confusion between those people with coeliac disease who have no choice but to stick to a gluten free diet, and those who do so by choice for health reasons. We are often treated like fussy eaters rather than people who would much prefer to be tucking in to a croissant given the choice! However, I would not have believed back in 2008 when all this was new to me that so much could change for the better, that there would be so much more choice and awareness. Long may it continue.

One final thing I would like to share, if you go to the GP and are going to be tested for coeliac disease it is really important that you don’t take gluten out of your diet before you get a blood test. It’s much harder to go back to eating something that makes you feel unwell once you’ve stopped but you need to have gluten in your system for the blood test to be successful.

Stay up to date on all the things that make our foodie lives easier. 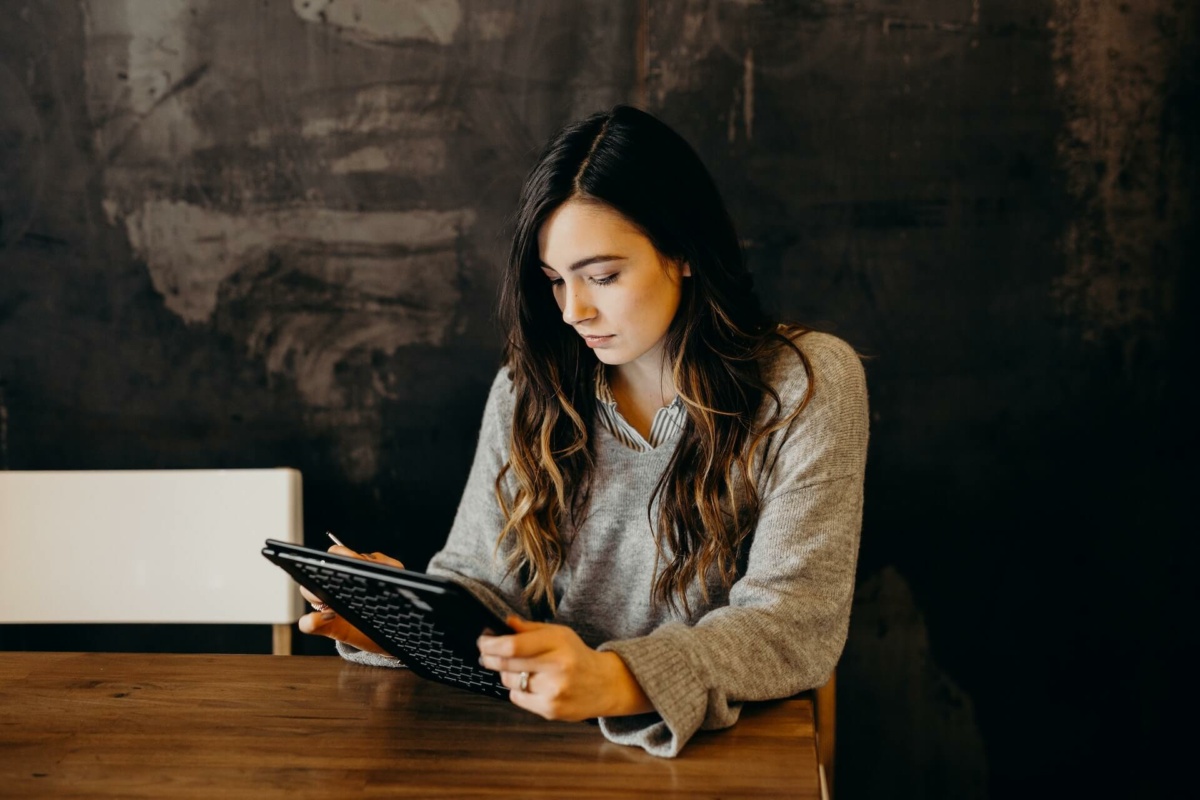 Allergy Disclaimers When Eating Out. Have You Had to Sign One?

Gluten free but still have a bloated stomach? 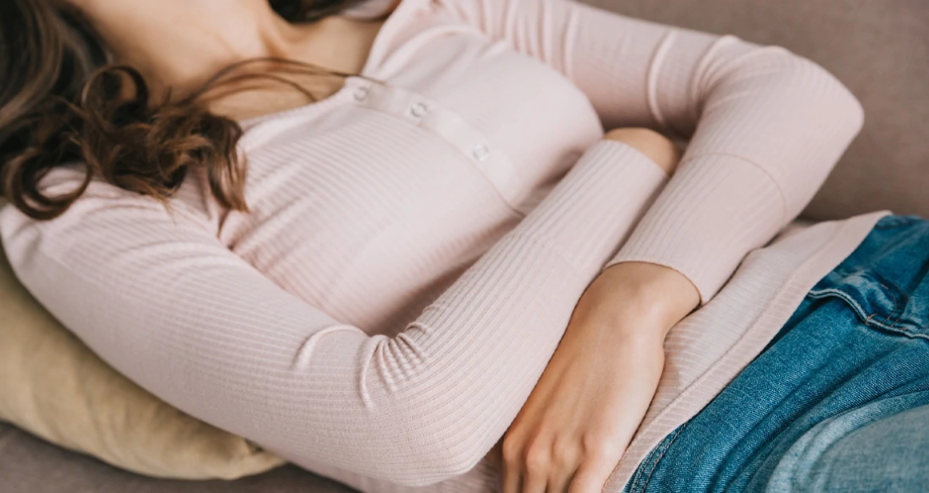 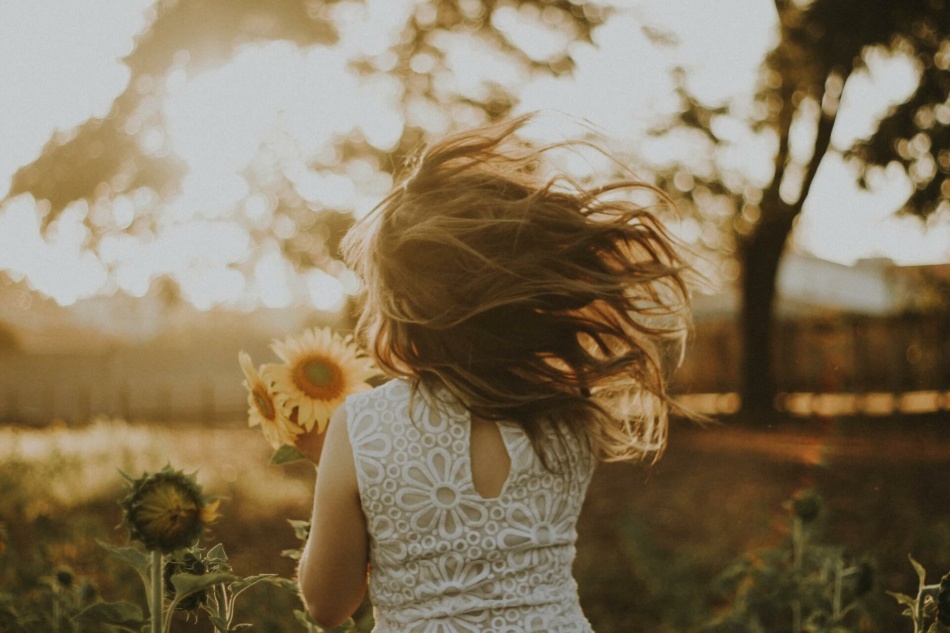 Coeliac disease and getting your child diagnosed 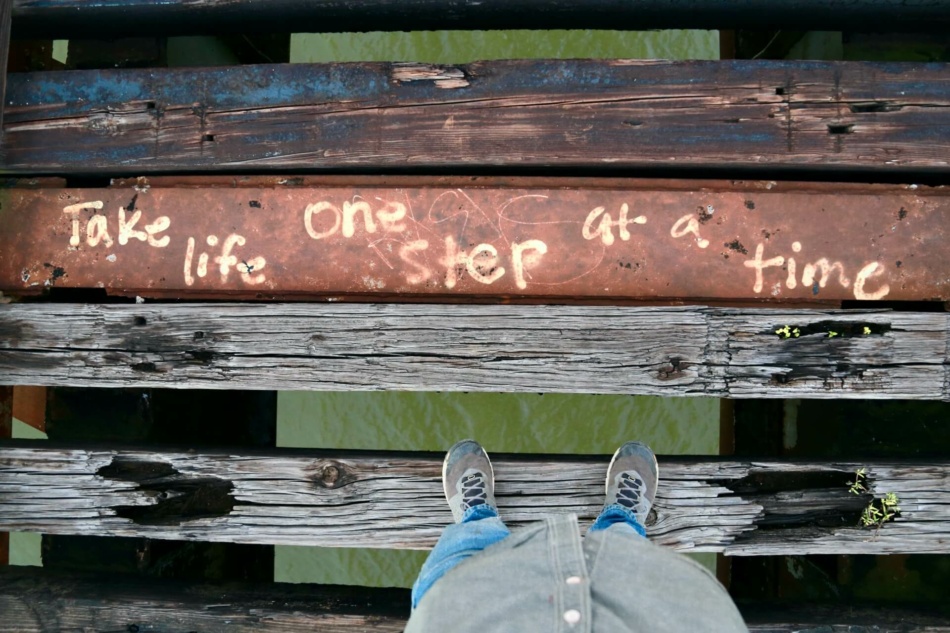 Frightened by Food. Inspired by Insta. 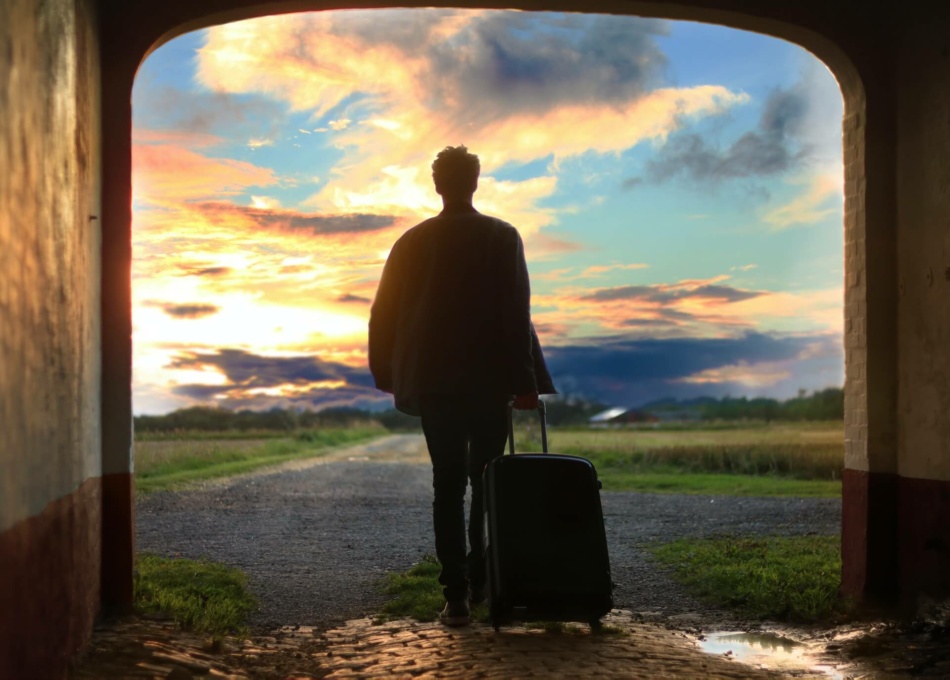 Growing up with severe allergies and flying the nest 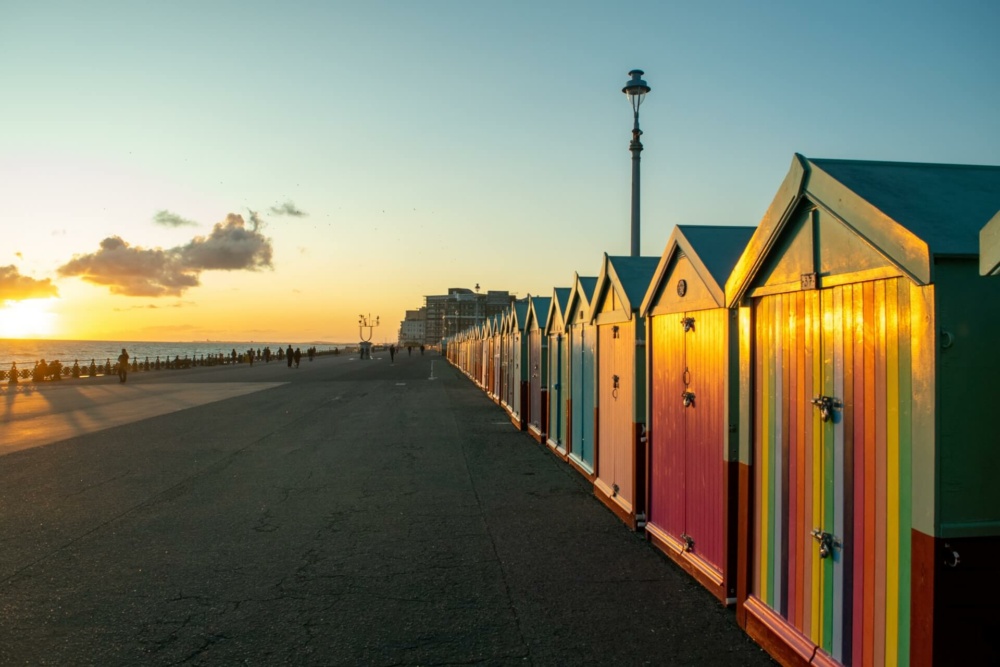 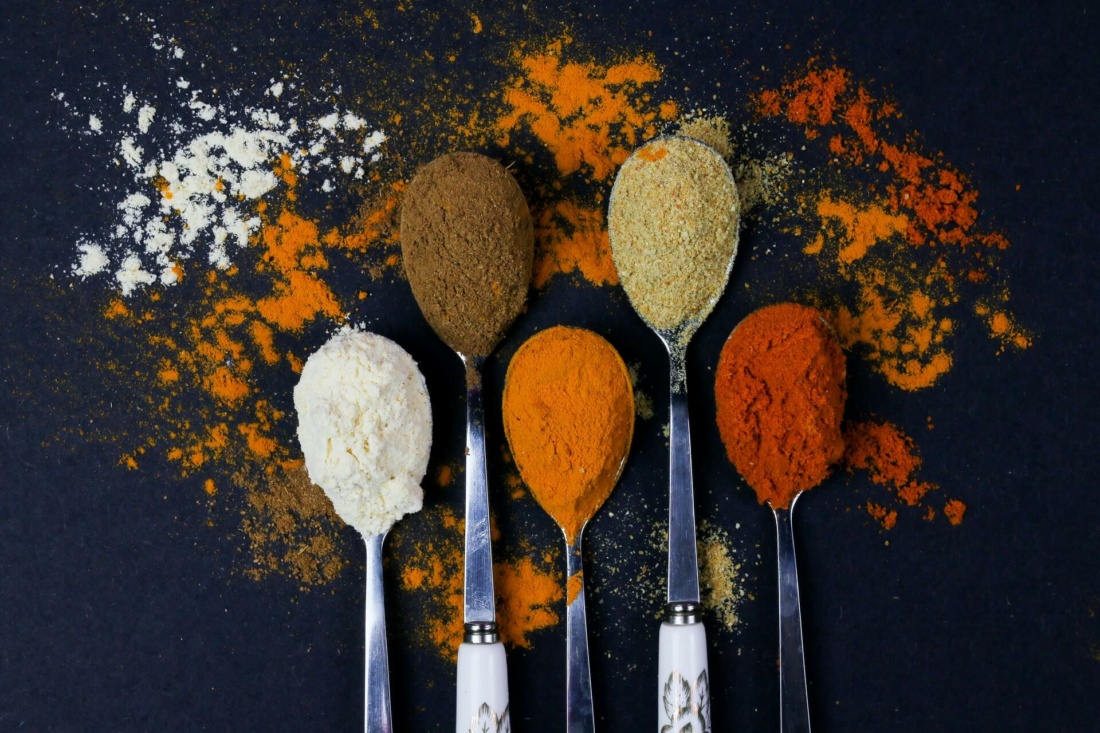 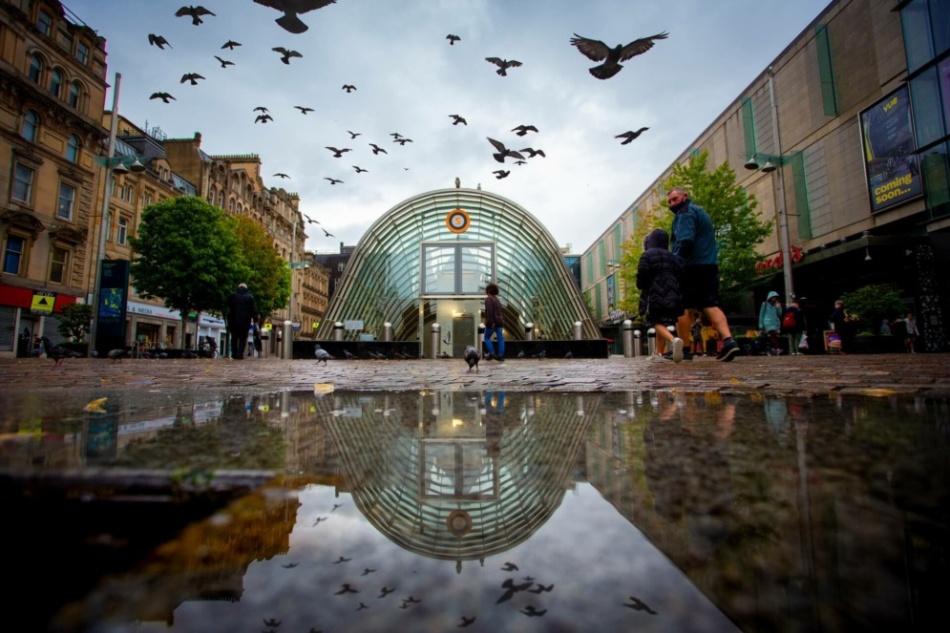 Where to Eat in Glasgow | Restaurant Guide | Allergy Companions 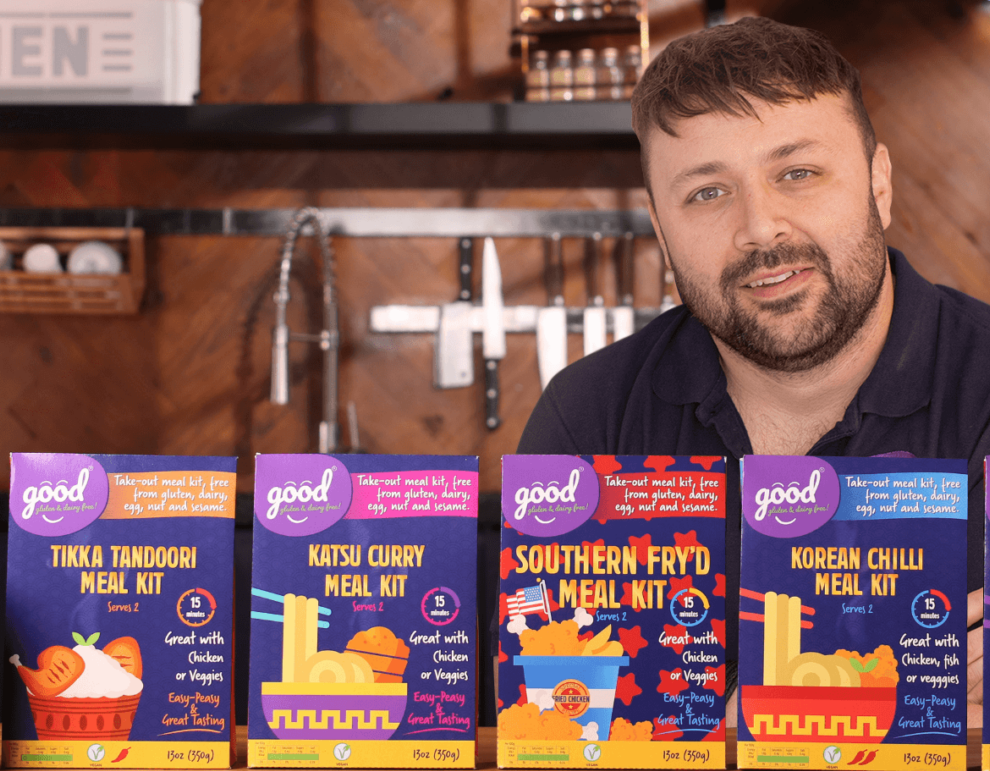 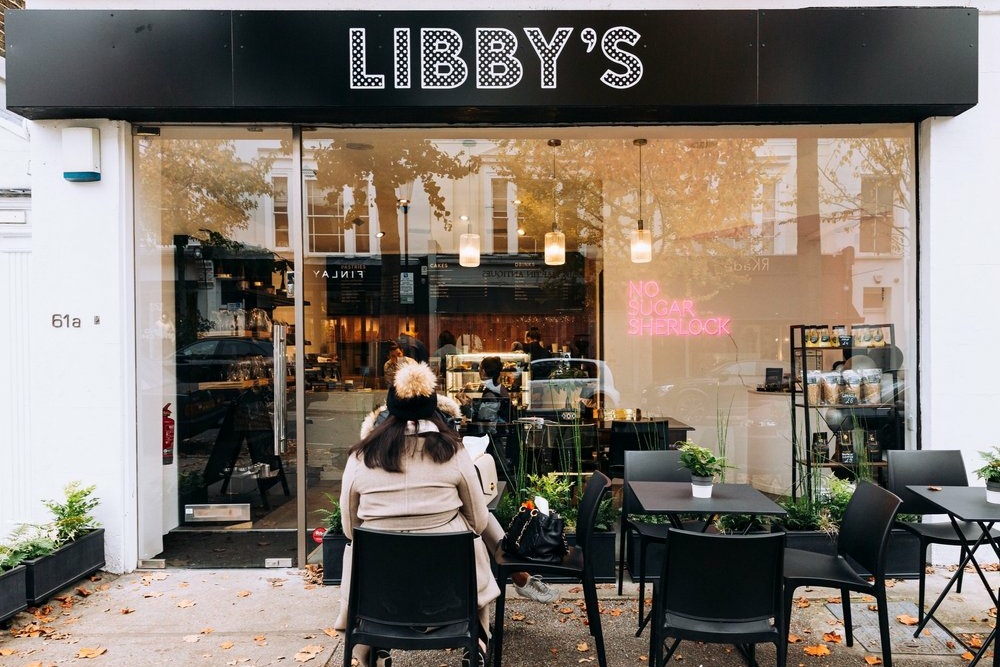 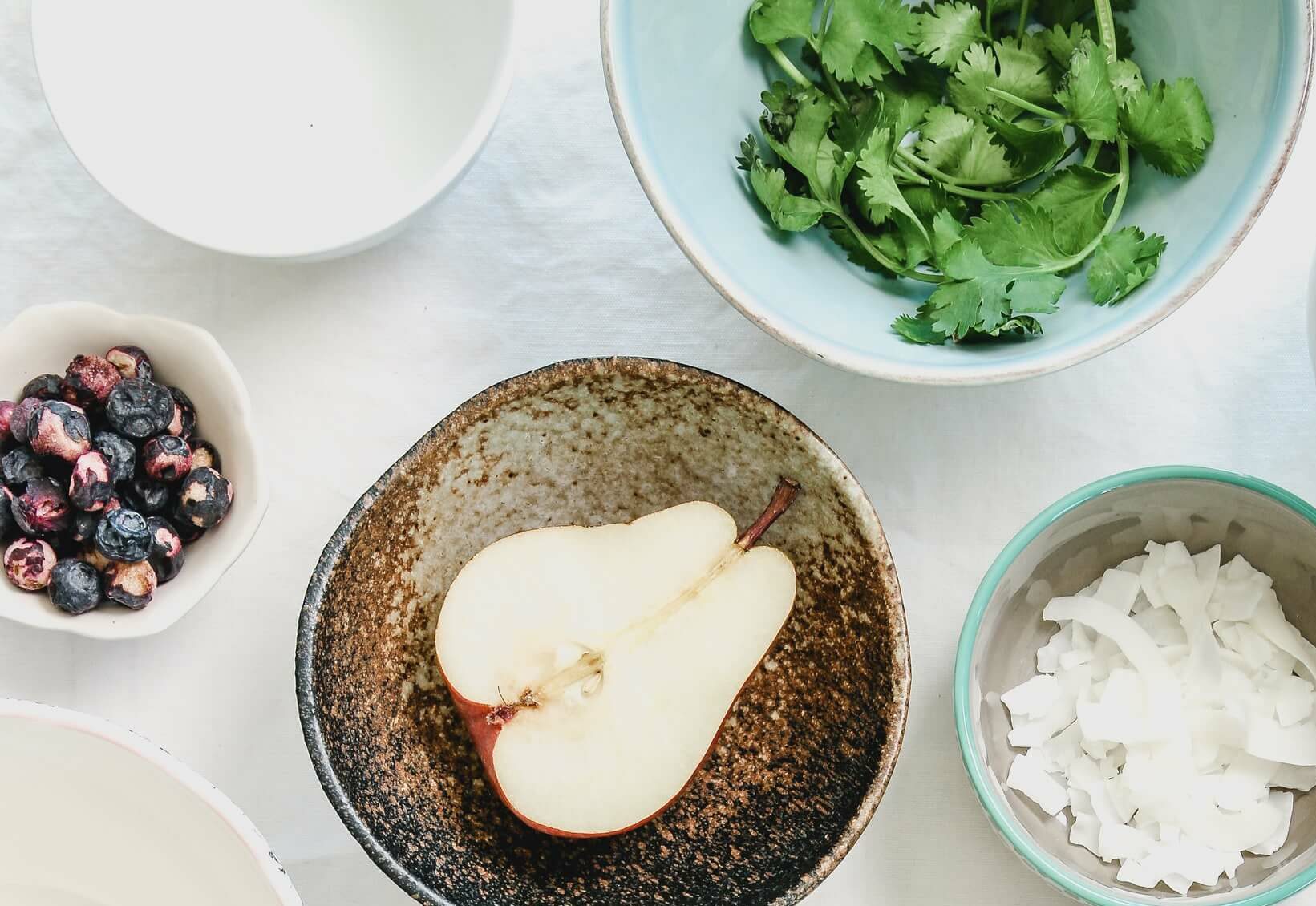 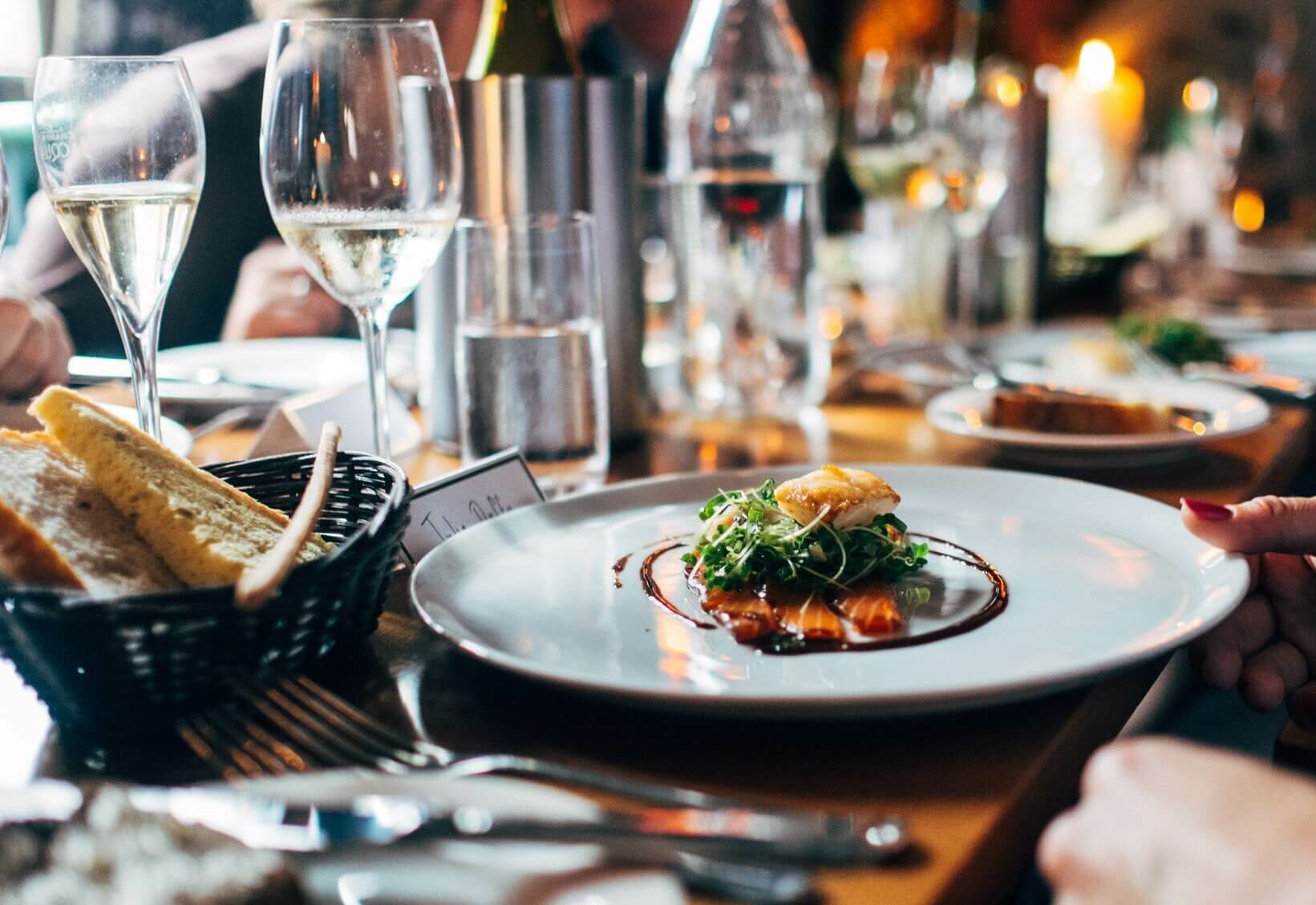 Coeliac disease... and its ups and downs! 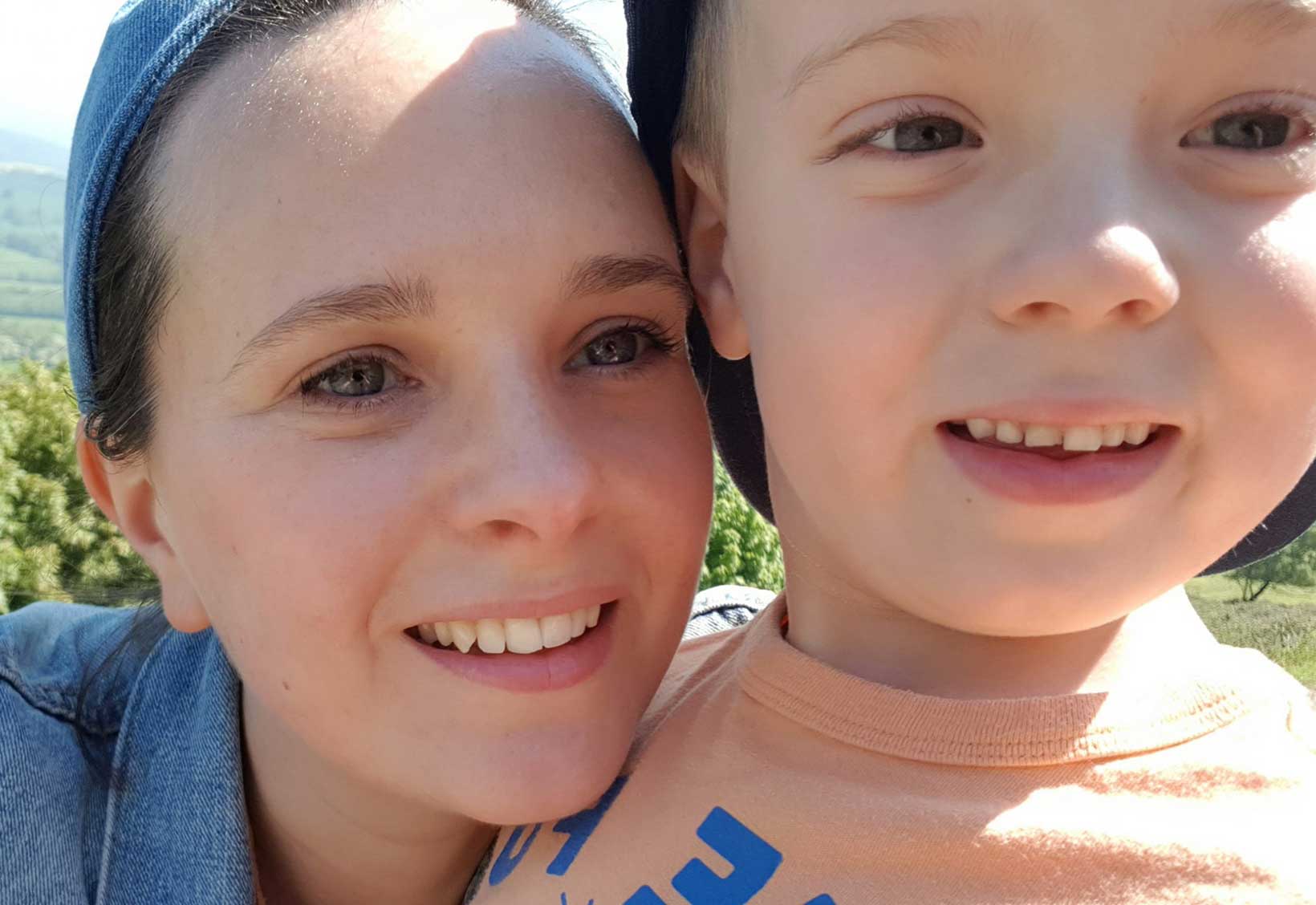 Eating out as an allergy mum 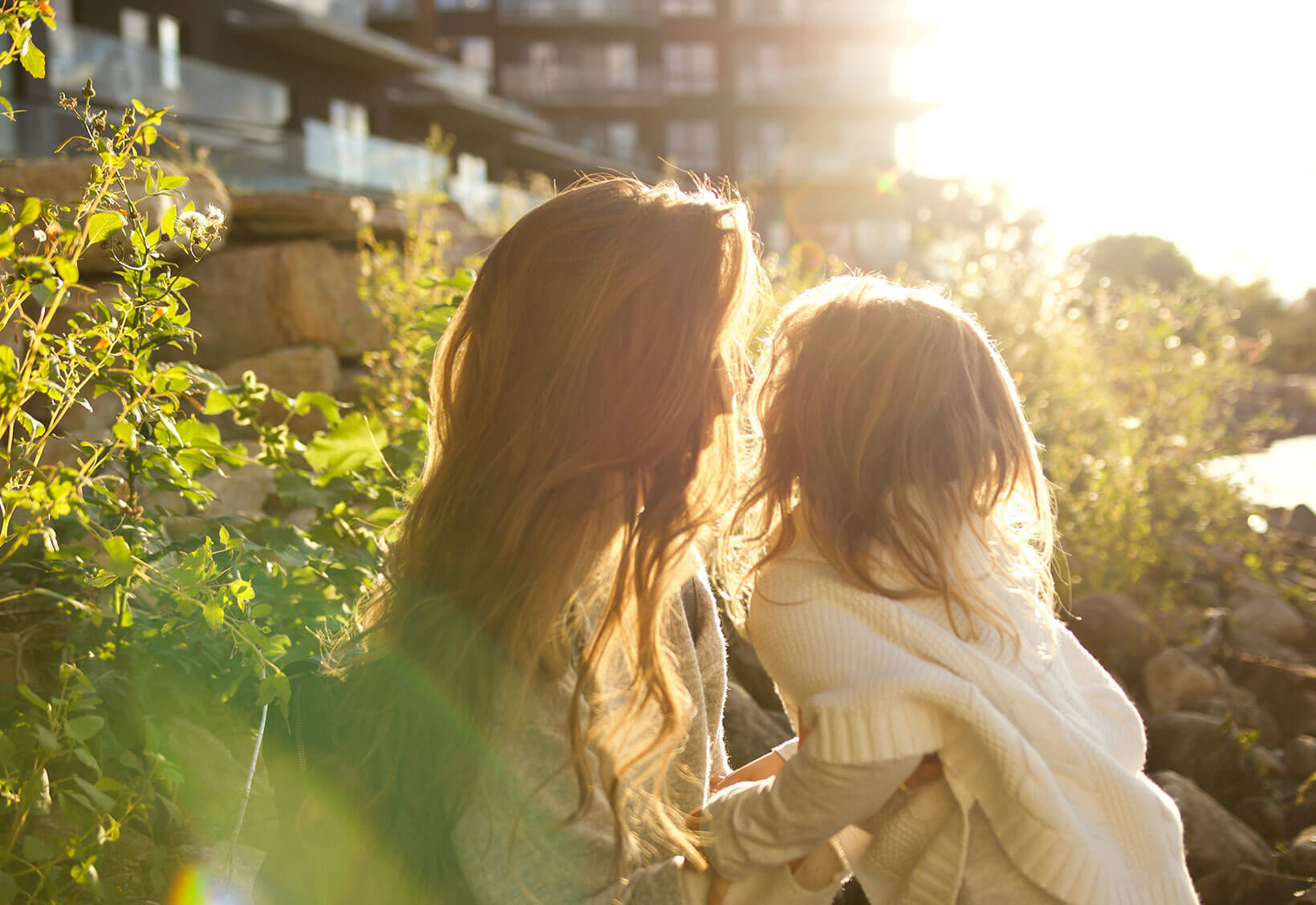 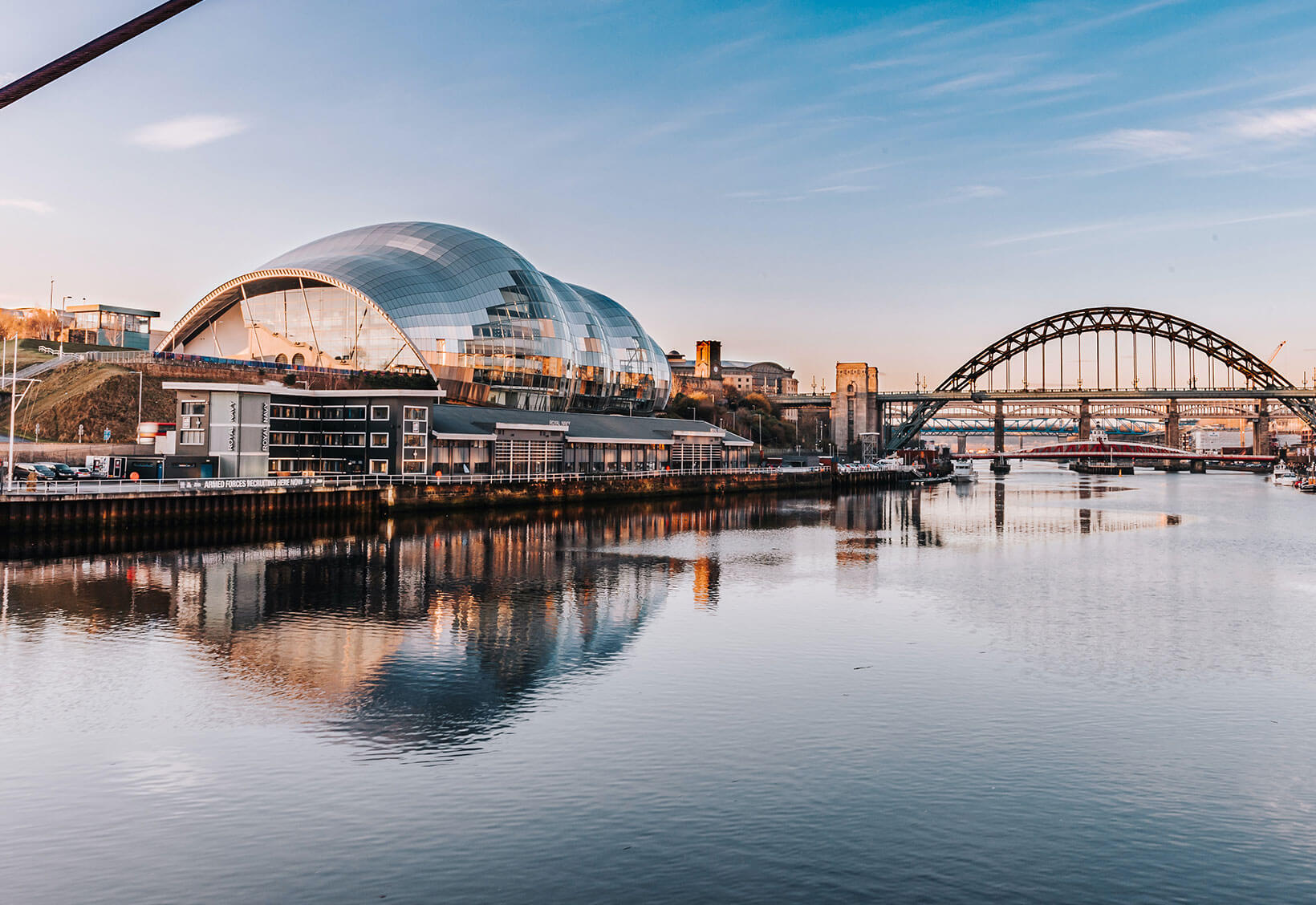 Gluten free in Newcastle... we've got this!!! 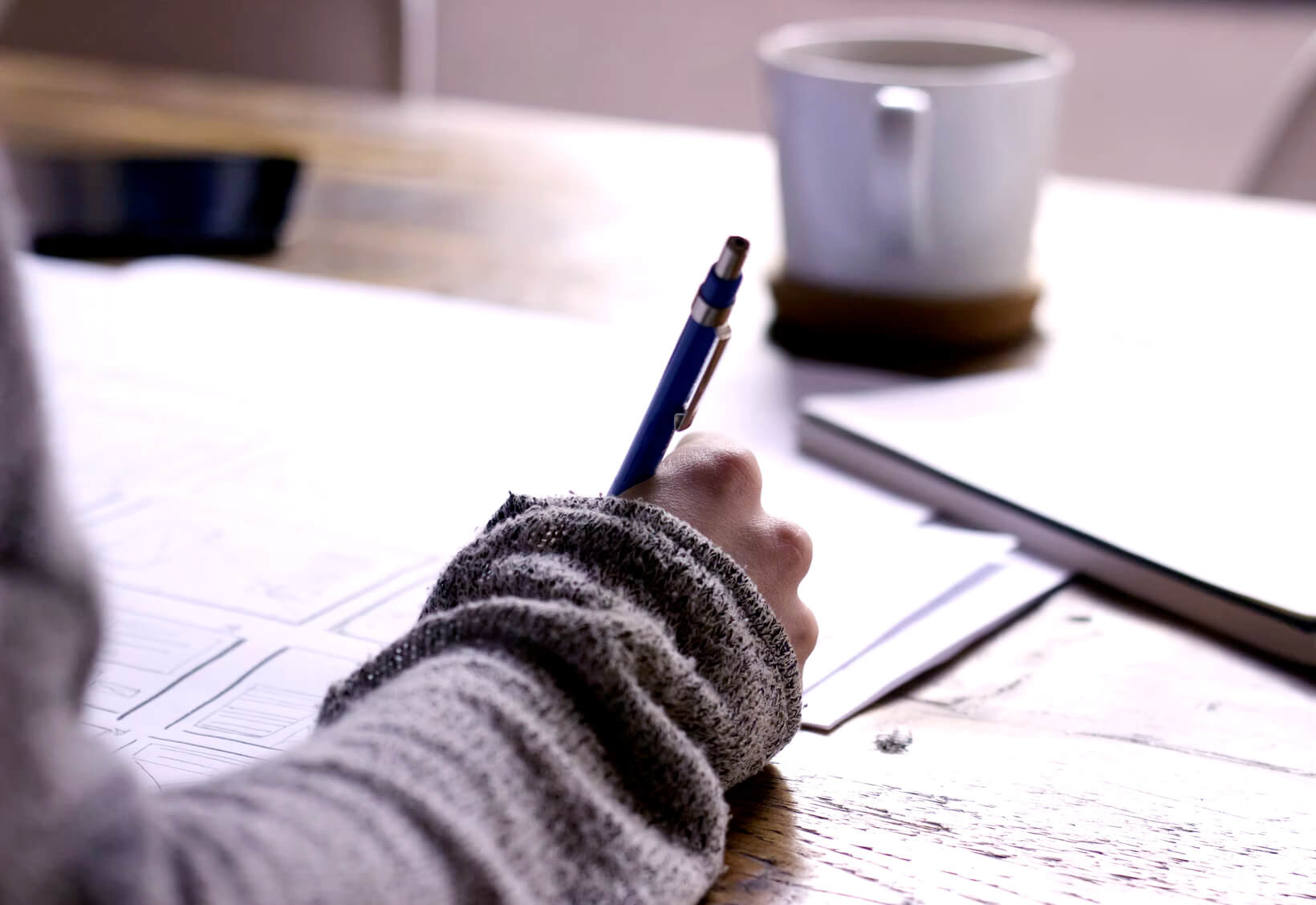 Diary of a university student, with allergies

This Website is for information purposes only. The reviews provided are based on the views and opinions of users of the Website. You should always take specialist medical or other relevant advice relating to your own allergies and/or intolerances. Allergies and intolerances should always be discussed with a food venue before and during an experience and you should always carry any recommended medication (emergency or otherwise) when dining out. For more information on our terms and conditions click here. We have also produced a helpful guide to give you some ideas and hints when dining out click here.

This website uses cookies to improve your experience while you navigate through the website. Out of these, the cookies that are categorized as necessary are stored on your browser as they are essential for the working of basic functionalities of the website. We also use third-party cookies that help us analyze and understand how you use this website. These cookies will be stored in your browser only with your consent. You also have the option to opt-out of these cookies. But opting out of some of these cookies may affect your browsing experience.
Necessary Always Enabled
Necessary cookies are absolutely essential for the website to function properly. This category only includes cookies that ensures basic functionalities and security features of the website. These cookies do not store any personal information.
Non-necessary
Any cookies that may not be particularly necessary for the website to function and is used specifically to collect user personal data via analytics, ads, other embedded contents are termed as non-necessary cookies. It is mandatory to procure user consent prior to running these cookies on your website.
SAVE & ACCEPT